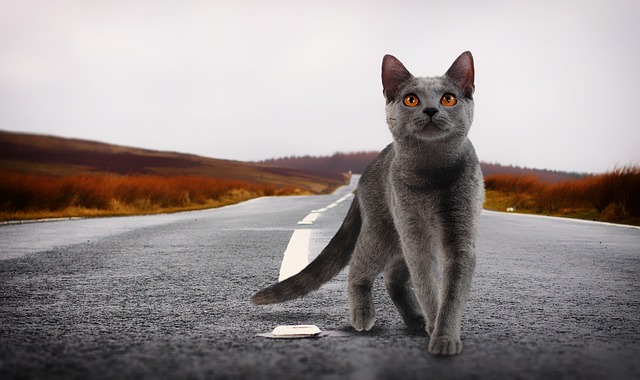 I recently said the above to a group of young people during a conversation about how it has become increasingly difficult to make decisions about your future at such a young age. Some schools even start GCSE’S in year 9 now, I mean what’s that all about? I was meant to be encouraging but in hindsight it probably wasn’t exactly what they wanted to hear. It was however, very very true. Brutal honesty is something I appear to do well.

I’m a youth worker by training and over the six years I’ve been qualified, I have had conversations with young people about the future all too often. I see them stressed about exams, worrying about A levels and there always seems to be some change in grade boundaries to make exams more difficult. Do they really need these changes? Is it worth the detrimental affect on 17 and 18 year olds mental health? I vote not. And I can guarantee there’ll be an army of people who are with me there. Why change something if it’s not broken? I say this a lot, in relation to a lot – most recently personality. There is a specific personality that appears to be more valued by society, and everyone else is expected to conform to fit this desired type of person. You can probably guess what type of person I’m alluding to here. And I am not it. So yes, why fix something that isn’t broken? Personality A isn’t any better than personality B. It’s just different. The one thing most people are fearful of. Young people are expected to follow the same path, GCSE’S, A levels and then university is the usual route if your school earmarks you as academically able. If not, your route is planned, often before you even sit your GCSES, and deemed not as good as journey A. But this isn’t true, is it? It’s just different. Again, we’re often scared of difference. What if you’re expected to go on journey A but prefer B? You are guilt-tripped with all of the reasons why this will be a terrible decision. I’ve known young people who’ve achieved straight A’s, but were certain university isn’t for them. Yet the support wasn’t there to help them explore other options. This can also understandably shatter mental health and self esteem. “Am I good enough if I don’t go to uni,” they ask. “Of course you are,” I say. “And don’t let anyone make you believe otherwise.” Stigma of the decisions we make can be so damaging to our mental health, alongside the actual stigma of mental illness.

Similarly, young people who are not expected to go to university, but decide “I’d quite like to try that university game” often go through an equally tough time. No one should have to prove that they are good enough for anything. That sentence alone sums up why I didn’t go into teaching. I was one of those teenagers, who for ages was written off and told not to even bother reading university prospectuses. Not because I wasn’t passing exams, I was, I was extremely academically capable. I was in top set English and played violin in the youth orchestra. I was everything that would pigeon hole me to go on journey A. The only anomaly was that I had a diagnosis of dyspraxia. A diagnosis that was massively misunderstood then, and so it was assumed that people with special educational needs don’t go to university. A theory, I of course proved wrong along with many others.

The young people told me about getting numbers rather than grades to asses attainment, so you get a 5 rather than a C (I think!) and some A level courses are now teaching university standard content. No wonder there’s an increase in young people with anxiety disorders and depression, when they’re being forced to sit exams years before their brain is ready. They may have changed the syllabuses, but generally speaking 18 year olds aren’t that much different to when I was their age. And I know, I wouldn’t be able to pass A levels now, I have seen the GCSE music content, so my hat really does go off to any young person who manages to study for A levels, keep up with extra curricular activities and maintain a social life.

As the conversation progressed, we talked about life plans, how to decide what we want to do and that sometimes, it’s okay not to have a clue. “People will present as having it all sorted, but their head often tells a different story,” I told them.

I didn’t tell them that at the age of almost 30 I’m seriously considering having some time out because I’m at the stage now when the path is hidden, and I’m completely lost. I couldn’t bring myself to be that honest. Something that I’m sure harps back to being at school, where we wan’t to appear well measured and like we know exactly what we’re doing, when in reality all we want is someone to tell us that it is all going to be okay. The reassurance to say we have made the right decisions. I’ve sometimes wondered if I’ve used education as a crux to deal with my anxiety, it’s a very structured environment with a defined beginning and end. I’ve not had to worry about “what now?” because I have a list of deadlines that tells me what essay is due in next. I’m a trained journalist but I’m likely never to practice as one. You need more than being good at writing and an MA in magazine journalism, it’s about who you know and as things stand I don’t know many people. I knew this before I started, but felt safe going back to uni. That said my journalism training is one of the best things I’ve ever decided to do and writing is one of the few places where I’ve really felt a sense of belonging and can fit in. I’m very grounded in youth work because it is something I’ve known for years, but it is also a profession where an increasing number of professionals expect youth workers to have a specific type of personality. I’ve had three jobs where I’ve found people who thought this way. It can be confusing, and adding in anxiety, can really make you wonder if you’re good enough or should even be there at all, because you’re not like person A.

And as I said earlier; Why change if you’re not broken?  I wish my 16 year old self knew that it’s okay to not have a clue because right now I really don’t know what to do next.

But we’re all still trying to figure it out really, aren’t we?