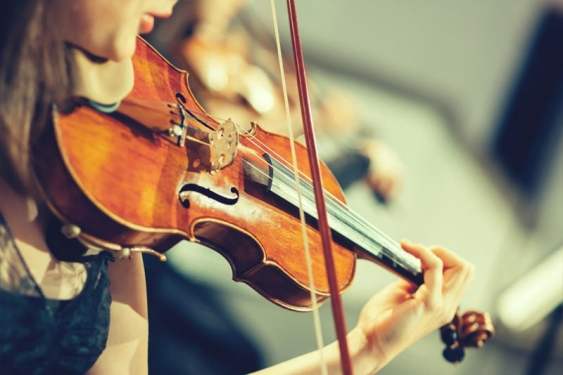 (TW sexual abuse/harrasment. And it’s important to note; given the world I’m about to talk about, where everyone knows everyone. Despite my best efforts to keep identifiers to a minimum, some of you might recognise places or people. Especially if you know me. Do get in touch if you feel that’s appropiate).

Inclusive. welcoming. friendly. understanding. These are all words I associated with the world I grew up in, a world I felt valued and accepted. A world where I could really develop my love of traditional music. A world where I felt free.  It was of course, all of those things, but there was another side. A side that was rarely talked about then and if it was, no one really knew what to do. Or the right thing to say.

I spent my teenage years and most of my 20’s carting my fiddle around to various sessions, summer schools and festivals. I was over the moon when I was finally old enough to go and play music in a pub.  I spent my summer in awe of often well known musicians. Some I considered friends. Many of whom I’d met in person. And even shared a drink or tune with. I never really understood people who idolised pop stars or longed to meet celebrities, because I was in a world where the people I was in awe of, I actually knew personally. They taught me. We hung out together. And many even became IRL friends and on social media.

Over the last week, I’ve become aware of the #Misefosta movement in Ireland and read similar accounts of young women over here in the UK too. There is as much a problem on the English Folk scene as there is in Irish trad. And I stand with the women in Ireland who have chosen to speak out, and so candidly so. I’m not a professional musician and I wouldn’t be good enough even if I wanted to be, and so it hasn’t affected me in the way that this is literally some women’s livelihoods. But I have grown up in a world surrounded by professional folk musicians and this is my experience of that world. I really wish I’d recognised this years ago. But recognised or not, I’ve become distant from the folk scene over the last few years for these reasons, that I’m now coming to terms with.

It all started when as teenagers, other girls would warn you about the “sleazy men” in folk clubs or at sessions. “Thats what he’s like”, they would say. “Be careful of him,”. We all knew really. But it was accepted as the norm and something as young female musicians we had to put up with. But no one, whether they have a fiddle in their hands or not should have to tolerate abuse or harrasment. At a summer School we were told, the only answer is “yes with a smile,” whenever someone asks you to dance. So I grew up thinking that I couldn’t turn down a dance with anyone. If you were seen sitting out at a ceilidh, it wouldn’t be too long before someone got you to your feet. And this was great to encourage young musicians into traditional dance, and I became a cracking ceilidh dancer because of all this dancing, but it was also an easy way for people to begin to take advantage or try to take things too far. I’ve lost count of the times I’ve been inappropriately touched, groped or harassed while literally in the middle of a ceilidh dance floor. Or while sat shoulder to shoulder in a session with a box player. It almost always started with, “do you fancy a polka,” I may have said yes to the dance but not to your wandering hands, or anything else for that matter. You always dreaded someone asking you to dance “The Rosza,” especially if they didn’t know you well. And as young women, we laughed it off but also enjoyed the attention. It was behaviours that were very much normalised. But it shouldn’t be; the normalisation of, “sleazy  men” should not be normal or accepted anywhere.

One day I received a message on social media, from a man I only knew of who said, “I’m randomly adding folk fiddlers, fancy hanging out?” I’d never met him, but I knew exactly which band he was in, I’d even seen him at a festival some years ago, and he knew lots of the people I knew. His mutual friends were many of my friends. The folk world being so small can lead you into a false sense of security. And as a woman in my early 20’s at the time, I was flattered he wanted to hang out with me. We met once, but something didn’t feel right and I felt incredibly uncomfortable, so I made my excuses and escaped to the safety of home. I couldn’t tell any friends, because they knew him, and if his name came up in conversation I’d look away and zone out or pretend I didn’t know him. Another man, an equally well known musician, I became utterly infactuated with, we exchanged endless messages over a number of years and other women joked about “what he was like,” in passing. It was even rumoured that he was in a relationship with a very famous folk musician. He kept sending me messages, trying to get me to come out for a tune and a drink. “Come to the session tonight!” he’d say. “I miss you, when can I see you again?,” “We need to hang out, anytime for a *insert name* today?” These messages didn’t stop and became more and more demanding, despite my resounding NO being as obvious as I could make it, as I made excuse after excuse why I couldn’t see him alone. Sometimes I obliged, we met up, sometimes at sessions, sometimes in town. He sexually harassed me. Made advances I didn’t want. And made me feel guilty for almost encouraging the attention. I wanted to feel liked, but don’t all young women? When a friend told me he’d come onto her while away at an over night event, the night after he sent me an entirely inappropriate text message, I decided to tell someone. I was ignored, by someone who had pastoral responsibility for us at the time. I tried to reach out. To get help. To talk to someone. But it was so so normalised, that men who are often extraordinary musicians, whether people know or not, are often allowed to get away with making young girls and women feel uncomfortable. Later that year, he told me he was moving away for a big opportunity and asked to meet, devastated that he was going away, but pleased about his good news, I agreed to see him at home. I then found myself in a situation I didn’t want to be in, but I will always carry with me that it could have been a lot lot worse. His advances; I didn’t ask for or consent to. I felt trapped. That day I was emotionally vulnerable, I’d had an anxiety attack on the way that he had seen. He knew about my mental health, and would often use this to take advantage. I actually believed that he cared. I made my excuses and left before it could escalate any further. I was vulnerable and confused. At that age, I would speak to everyone who would listen about my problems. This could have been prevented if people had listened to me. If as women we took a stand. And if the men who knew exactly what was going on stood up to their mates too.

Folk and traditional music, whether it’s your hobby or profession, is a very social scene where literally everything revolves around alcohol. Boundaries become blurred and everyone feels like your friend. At sessions you drink, after workshops you drink, during ceilidhs you drink and at festivals there is a beer tent on every corner. Folkies are well known for liking real ale, some are even well known for drinking it on stage, and I tried to fit into that world. Everything I did with my folk friends involved a pub. I didn’t drink much then, and I don’t drink much more now, but I still went along. I have however since gone off real ale. It could be anything from sitting a bit too close in a session, a hug that lasted a bit too long for comfort or groping you under a blanket at someone’s birthday bash. No other profession involves this much drinking, there may be drinks after work in many places, but not literally all the way through it. And this is what these folk musicians were doing, and as young women who hung out with them we were in some ways in awe of the attention but in others, utterly terrified of it. What do we do? Who do we tell? Few spoke about it, but something that was so obvious, no one challenged this some how normalised behaviour. Many of my male friends knew, they even saw, but challenging them often meant jeopardising their bands and potentially careers. “Oh he’s just like that,” it was laughed off. It really was a difficult balance. I remember explicitly telling a male friend how uncomfortable his band mate made me and several friends feel over a number of years, but got no where. I was still invited to things when he was there, and there was no escape at folk festivals where everyone knew everyone. No women should feel uncomfortable in a world that in other ways was so beautiful, the songs, the tunes, the dances, they all had stories and meaning to me. They were all part of how I grew up. They will remain a cherished part of my life. And many people I met on that scene, I will always hold dear to me. But this. This can not go on. Men need to have honest conversations with their band mates too, to help women feel safer not just in folk music, but everywhere. Have I fallen out of love with folk and traditional music? I don’t know. But I do know, the world I adored, was also the world I was terrified of talking about. I don’t love that. And I know, what happened to me could have been a lot lot worse, and for some women it sadly was.

Folk music should be a safe space for all. I’ve been accustomed to talking and writing about challenging subjects, but nothing quite as tough as this. But if more of us unite to confront these challenges, as is beginning to happen, maybe we will see real change on the folk scene.

And thank you to all of the women who have already spoken out and made me feel able to share my experiences too.

(I’ve found this the hardest thing I’ve ever had to write because I’ve hardly told anyone. But I feel I have a duty to do so. In solidarity with all of the women who have already told their stories…)